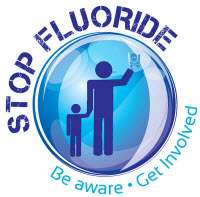 Adapted from her article in Natural Awakenings Austin, March 2015

1. Water fluoridation decreases tooth decay.
False. In a study done by the National Institute of Dental Research (NIDR), no statistically significant difference was found in decayed, missing and filled teeth (DMFT) in fluoridated, partially fluoridated or unfluoridated communities. In addition, data from the World Health Organization (WHO) and the Center for Disease Control (CDC) from 1970-2010 shows that DMFT rates have declined in countries with or without water fluoridation. In the July 2009 issue of the Journal of the American Dental Association (JADA), J.V. Kumar, doctor of dental surgery, states that children’s cavity rates are similar whether water is fluoridated or not.

2. Fluoride is an essential nutrient.
False. Fluoride is not found naturally anywhere in the body. There are no recommended daily requirements for fluoride or any disease caused by fluoride deficiency. Since fluoride does not occur naturally in the body, it acts as a toxin when introduced to the human body. The National Toxicology Program (NTP) calls fluoride a mutagen, which causes genetic damage and can contribute to the development of cancer.

Fluoride’s toxic effects are cumulative, which means the more that is ingested, the greater the damage.

Overexposure to fluoride can also disrupt the balance of hydroxypatite-carbon, oxygen, hydrogen, calcium and phosphorous of the tooth enamel, causing dental fluorosis, which shows as white or yellow spots, or, in severe cases, brown pitted areas in the teeth.

3. Water fluoridation benefits disadvantaged communities.
False. As stated previously, dental cavity rates have not been influenced by water fluoridation, and those who are malnourished can experience greater systemic harm from ingesting fluoride.

In 2005, the CDC published the results of a survey conducted between 1999 and 2002, that lower income African-American children have significantly higher rates and more severe forms of dental fluorosis than white or Hispanic children. Even with water fluoridation, Hispanic children had increased decay rates compared to white or African-American children.

Low income communities usually cannot afford to filter their water or purchase bottled water, so they are forced to only consume fluoridated water, thereby exposing their bodies to its harmful effects.

4. Fluoride is good for you.
False. Fluoride can actually mutate DNA, damage vital organs in the body, inactivate 62 enzymatic reactions, and cause premature aging and thyroid problems. Fluoride can also calcify the pineal gland, damaging kidneys and brain tissue. It also replaces vital parts of the bone similar to the way it does so in the enamel, causing skeletal fluorosis. This makes bones more brittle and susceptible to fracture. Arthritis and bone cancer are also attributed to fluoride consumption.

Increases in blood sugar levels and insulin resistance, leading to Type 2 diabetes and cardiovascular disease are linked to systemic fluoride.

Since fluoride is a mutagen and damages DNA, this can result in cancer. The late Dean Burke, Ph.D., biochemist and researcher at the National Cancern Institute, stated, “In point of fact, fluoride causes more human cancer death, and causes it faster than any other chemical.

5. Fluoride is especially important for children and infants.
False. In reality, fluoride does the most harm to children and infants. Because of their small size, infants can receive up to 400 percent more fluoride per pound of body weight than adults, damaging developing bodies, organs and brains. In 2006, the National Research Council (NRC) stated, “It is apparent that fluoride has the ability to interfere with the function of the brain.”

In July 2012, the Harvard Review found a relationship with increased fluoride levels and decreased IQ. Lancet Neurology links fluoride to the increase in neurological problems such as autism, ADHD, dyslexia and other cognitive impairments.