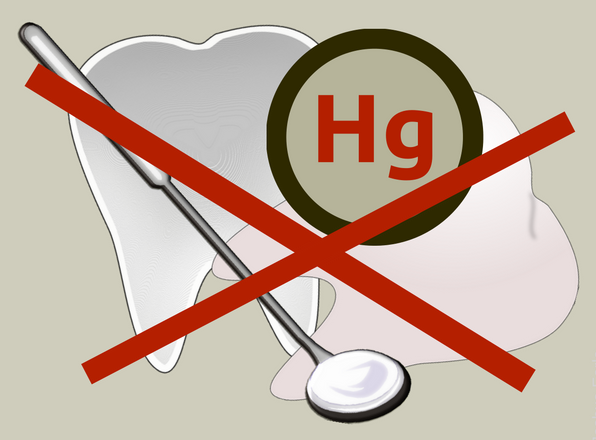 HOUSTON, Texas — The FDA took an important step forward last month when they issued new guidance on dental amalgam – the material used to make “silver” fillings. Despite their name, however, the fillings are about 50% mercury.

That neurotoxic metal does not stay locked in the filling but is released over time. Some may be excreted, but some is absorbed by organs such as the brain.

Because of this, the FDA now advises against its use in pregnant and nursing women, women who plan on getting pregnant, children, and people with pre-existing neurological conditions, impaired kidney function, or sensitivities to mercury or other components of amalgam.

“A proud day has arrived,” said Dr. Dawn Ewing, executive director of the International Academy of Biological Dentistry and Medicine, a professional association that has been the vanguard of nontoxic, whole body dentistry since its founding by California dentists Dr. Ed Arana and Dr. Gary Verigin in 1985.

“I can remember when several states had ‘gag orders’,” she continued. “Their state boards did NOT want dentists making any comments about amalgams. They didn’t want to admit that there might be a problem, even for some people. One of our early members, Dr. Andy Landerman, lost his license in California for refusing to place amalgam restorations. He passed away several years ago. All I can think of is how sweet it must be for him – and dentists like him – to look down and see that he was right. We are grateful for those brave souls!”

IABDM Past President Dr. Bill Glaros agreed, “I have been grateful to be a part of this organization, celebrating a common path – the path toward a dentistry that acknowledges the role conditions in the mouth play on overall health. The FDA’s latest action would not have been possible without the work of our amazing members – and, of course, the tireless efforts of people like Charlie Brown through Consumers for Dental Choice and the World Alliance for Mercury-Free Dentistry.”

“Charlie has carried the flag for all of us,” added physician Dr. John Parks Trowbridge, who has also served as a president of the IABDM and is the group’s current medical advisor. “His tireless work produces impressive and lasting results every single year. The path is long and steep, but he – and we – are getting closer to ultimate success for ourselves, our children, our grandchildren: a future where dental amalgam is nothing but a bad memory!”

About the IABDM: The International Academy of Biological Dentistry and Medicine is a network of dentists, physicians and allied health professionals committed to integrating body, mind, spirit and mouth in caring for the whole person. It was founded in 1985 to teach and promote a more informed dentistry – one that fully accounts for the systemic nature of health and illness, and the body’s self-regulating ability. To learn more, visit iabdm.org.

What does a biological dental office look like? What kind of equipment do you need? Sign up to receive our free guide to transforming your practice and where to source what you need for the best value.

Learn how we protect your health when removing "silver" mercury amalgam fillings.

This blog is intended as a resource for IABDM members, allied health professionals and others interested in our organization and/or biological dentistry and related fields. All comments are held and reviewed before posting. This is a moderated forum.

Stay in touch with the latest news

Looking for a Biological Dentist?

Know the right questions to ask
about root canals, mercury amalgam, and more.

Learn how we protect your health
when removing "silver" mercury
amalgam fillings.