A Letter to the American Thyroid Association Re: Fluoride Science 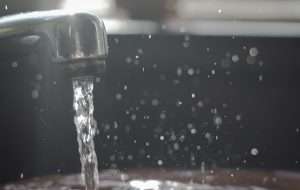 Here’s more from their lengthy and well-documented communication to the ATA:

We recognize the American Thyroid Association (ATA) as the world’s leading organization ‘devoted to thyroid biology and to the prevention and treatment of thyroid disease through excellence in research, clinical care, education, and public health.’ We appreciate the ATA values that include, ‘scientiﬁc inquiry, public service patient advocacy, education, and ethical conduct.’ We are writing because it is time for the ATA, in keeping with its mission and values, to openly advise the American public of what many physicians have been privately advising patients behind closed doors for decades, that drinking ﬂuoridated water is harmful to thyroid health.

We suggest that February 2016 is the time to step forward for several reasons:

← Previous: A Dental Hygienist's View on Water Fluoridation Next: Too Much Fluoride!: The Limits of Fluoridation →