On September 24, the FDA issued a statement updating their recommendations concerning dental amalgam and its potential risks to certain high-risk individuals. This is a huge step in the right direction! 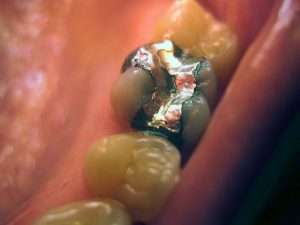 For many years, the FDA claimed that mercury amalgam fillings were safe and posed no risk to humans. The IABDM and the many biological dentists that are committed to safe practices in dentistry have known about the potential dangers of these restorations for many years and acted accordingly to protect the health of their patients, their dental team, and our environment. Those dangers have not been recognized by mainstream organizations, which continue to insist on mercury amalgam’s safety.

Dental amalgams have been used in the US since 1830, and within a few short years, the American Society of Dental Surgeons denounced the use of amalgam due to concerns about mercury poisoning. They went as far as to require their members to sign a pledge not to use the material.

Yet a pro-amalgam faction persisted inside the organization, as amalgam was cheaper, faster, and easier to use than gold. They refused to sign the pledge. Due to this internal disagreement, many left the society, causing it to ultimately disband. Meanwhile, the pro-amalgam group organized, and widespread use of the material became the norm for more than a century.

But this did not change the fact of numerous peer-reviewed studies demonstrating the adverse effects of dental mercury on human health.

So what made the FDA change its stance? They listened to testimony from healthcare professionals who had reviewed the literature and considered the concerns of the public. The November 2019 meeting of the Immunology Devices Panel of the Medical Devices Advisory Committee discussed immunological responses to metal-containing implants, including dental amalgam. Several speakers, including those representing underserved communities, expressed concern about the cumulative effect of mercury vapor exposure from dental amalgam, as well as through diet and the environment.

In light of the evidence, the FDA found that certain groups may be at greater risk of harm from the effects of mercury vapor released from dental amalgam. They now advise that the following groups avoid getting mercury amalgam fillings when possible:

The International Academy of Biological Dentistry and Medicine is committed to mercury safety and believes that ALL patients should be protected from dental mercury, not just the groups listed above. Mercury is a known neurotoxin, after all. There are many good alternatives available.

The idea that the mouth can be treated in isolation from the rest of the body is obsolete. As holistic, biological practitioners, we take overall health into consideration. We thus promote safety measures to protect you – and your dentist and their team – should you choose to have your existing mercury fillings removed. You can learn more about these measures here and here.

The IABDM recommends that only biocompatible materials be used when a tooth must be filled. That means mercury-free, metal-free, fluoride-free, and BPA-free. We are proud to say that we have been promoting this ideal for 35 years.

Now, the FDA confirms what we have long known.

Meantime, we will continue to provide support and education to both the public and practitioners alike. Why? Your overall health is our priority.